How do you tell if your adverts are working (ROAS)?

Analyze your costs of advertising by calculating ROAS. 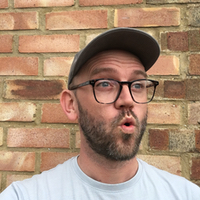 ROAS or Return on Advertising Spend is a term used in the world of advertising to describe the profits made by, and attributable to, advertising campaigns. The goal of the calculation is to measure the effectiveness of a marketing campaign.

The formula for identifying ROAS is REVENUE divided by COST = ROAS

The formula is simple but identifies profitable campaigns. You simply divide the revenue that is generated by advertising by the dollar amount that is spent on that particular advertising to arrive at your ROAS.

Understanding the Costs of Advertising

Most of the time, advertisers will be concerned with having a high ROAS to ensure that they’re making enough money. Tracking the ROAS for a company is also critical because it shows whether or not certain types of advertising are worth the money that is invested in them or simply a waste of energy/capital.

Truthfully, if a form of advertising (such as magazine advertisements or digital) is working to bring in sales it’s incredibly important to not only identify it but also to apply controls over it. Identifying ROAS allows companies to determine whether their efforts at marketing (in a particular area) and the money they’ve invested are being put to the best use. Success can depend on the ROAS being profitable (especially in regards to a new product launch), and many times companies need to know at the onset of a certain type of advertising campaign is working as anticipated.

if not, they need to pull back immediately to counter the effects of a failing campaign. No matter what platform a business chooses to advertise on, al ill-conceived campaign can amount to hundreds of thousands of lost dollars.

Websites that use advertising banners often have lower ROAS than desired and, as a result, they might consider pay per click or cost per action types of advertising instead. This can make a larger profit margin for the ROAS. The ROAS can also be used to track conversion rates - with the higher conversion rate, bringing up higher ROAS.

There are a number of different services, some free and some paid which can assist businesses in tracking their ROAS. These services are critical because they allow companies to set achievable numbers and goals. Businesses can also determine whether a particular ad campaign is working by using Google Adwords or another similar service.

The ROAS metric alone can be misleading. The value of ROAS to a company depends on the goals of the advertising campaigns, the conversion factors and what is being spent. Some advertisement campaigns might have a high ROAS but the company could still end up losing money because the product they are selling costs too much to produce and ship; given the ad budget. This can be particularly true when these costs are combined with the overall cost of the advertisements.

Bearing this in mind, it doesn’t necessarily mean that the marketing effort wasn’t successful. The ROAS is only calculated with the cost of the advertising in mind so other factors that actually eat into profits might not be considered (such as an unanticipated increase in the shipping costs).

That said ROAS can be extremely helpful for businesses when it is used correctly. It can help determine whether the advertising campaign being used is resulting in a profit-sooner as opposed to later.